It is possible to avoid the high cost of hiring two attorneys if a Husband and Wife can work co-operatively with one independent paralegal. Many people are familiar with the title paralegal, but currently the state legislature is using the title Legal Document Assistant for the work that Independent Paralegals have done for many years in California. The new name did not change the work or the lower cost of hiring a paralegal to do work that does not require the advice of an attorney.

When trying to decide whether hiring a paralegal for assistance with your divorce the primary consideration must be whether the two people can work co-operatively to end the marriage. If both parties want to avoid the high cost of a legal battle, and can agree on the terms of the divorce, then money can be saved by hiring a paralegal to assist with filling out the forms and filing the paperwork with the court. It is also possible to hire a paralegal to do the paperwork when one party wants to begin the process and the other party will be uninvolved. However, for any divorce case to proceed the person you are trying to divorce must be personally served with the Petition that is filed with the court that begins the divorce process. Therefore, you must know where that person is in order to proceed. If you don’t know where the person is, there are steps that can be taken to get the permission of the court to proceed, but it is a complex process.

Oftentimes an expensive legal battle ensues because one side does not want to pay child and/or spousal support that the other side deems necessary. Sometimes the problem is a visitation schedule, how much money one side or the other will get out of a house, or pension plans and whether that money will be divided. Whatever the issue is, attorneys will get a great deal of money that could be saved if the parties can be reasonable and fair with each other. When there are children, it is especially important to minimize the emotional damage that an ugly divorce will result in.

The assistance of a paralegal will take much of the stress and confusion out of the divorce process. Trying to accomplish the divorce entirely on your own is an option, but oftentimes the papers are improperly filled out and rejected by the court. It also takes longer to complete your case, as trips to the courthouse are often numerous.

If the two people can work together, all of the paperwork can be done with three trips to the office. Some cases are done in as little as 16 days, then signed by the court months before the dissolution can be final. The divorce is final six months and one day from the date of service of the Petition for divorce. Therefore, some judgments are signed by the Judge months before the two people are actually divorced/returned to the status of single.

An example of this is: a case is filed on behalf of the Petitioner 11/1/2013. The second person, the Respondent, is served 11/5/2013. The Respondent has 30 days to file a Response, no more paperwork can be filed by the Petitioner until after the 30 days has elapsed. If the work is done during the 30 days, the remaining paperwork can be filed 12/6/2013. The court will review the Judgment, sometimes the papers are processed in about three weeks. So, the Judge might sign the Judgment 12/27/2013, but the two people are not legally divorce until 6/6/2013. So, the parties know that their divorce papers have been done correctly and are acceptable to the court, but neither party is returned to the status of single until the six months and one day since the date of service have passed.

With the assistance of a paralegal, a divorce does not have to be expensive or needlessly painful.

Divorce Paralegal in Temecula Murrieta will Save You Money

Divorce Paralegal in Murrieta Writes: Spousal Support is NOT permanent after 10 years of Marriage... 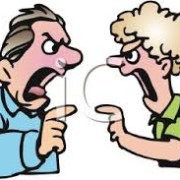 Minimize the Damage of a Divorce - Hire a Paralegal

Divorce without Attorneys in Murrieta, Temecula, Lake Elsinore, Sun City, Menifee,... Filing for Divorce Entirely on Your Own: Giant Headaches vs. Saving Money
Scroll to top