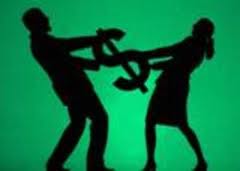 When a divorce is imminent you could  hire attorneys and have an expensive court battle, or work with a divorce paralegal who can assist in mediating a written agreement.  Paralegals have many years of experience working with families that need assistance during the divorce process.  Often, a court hearing will result in a Judge’s orders that are identical to what one side proposed in the beginning. At that point both parties have spent thousands of dollars on attorneys fees, money which any family can put to better use.  Rather than wasting thousands of dollars, consider making a fair agreement.  Working with an experienced Paralegal can facilitate an agreement, and also keep you out of court.

When the parties are earning similar incomes Spousal Support, which used to be called Alimony, is often terminated.  Neither side pays the other spousal support.  However, when one side, usually Wife, has spent many years out of the work force in order to care for children or simply didn’t work, Judges will almost always order spousal support payable to the party that hasn’t been in the work force building a career.  It is a good idea to set a reasonable end date for spousal support, encouraging the supported party to take steps to become self-supporting.   Paying spousal support indefinitely is a burden that would prevent many people from ever retiring.  The supported party must also take into consideration that if the paying party dies, the support checks stop.  It is important to be realistic and make a plan to become self-supporting.  Spousal Support ends when the supported party remarries or begins living with a member of the opposite sex.  Paralegals can help you talk through the issues and look at what is reasonable and affordable for the paying party.

It is also unfair to take the position that a person who has been out of the work force for many years can quickly begin earning a salary that will support herself and any children.  Years spent out of the labor force means a lag in skills and experience employers want in new hires.  The supported party in some cases must be given time to pursue schooling, or time to develop a career.  It is not difficult to structure spousal support so that a level of support set for the first two or three years gradually decreases, giving the supported party time to earn more money and adjust expenses.  It is also fair to set an end date, giving the paying party a time frame under which to plan expenses and hopefully save for retirement.

Being reasonable is key.  Communication is necessary.  Thinking Rationally is important.  Not fighting so as to minimize the damage done to children is paramount.  Working with a Paralegal who can mediate a written agreement will save money.  Divorce is painful, but you can minimize that pain by making a rational agreement and cooperating with each other. 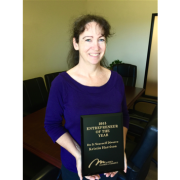 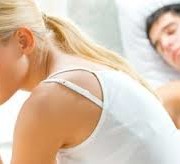 You Filed for Divorce on Your Own...How do you Finish the Case?

Divorce Paralegal in Murrieta Writes: Spousal Support is NOT permanent after 10 years of Marriage...

Divorce Paralegal in Temecula Murrieta will Save You Money